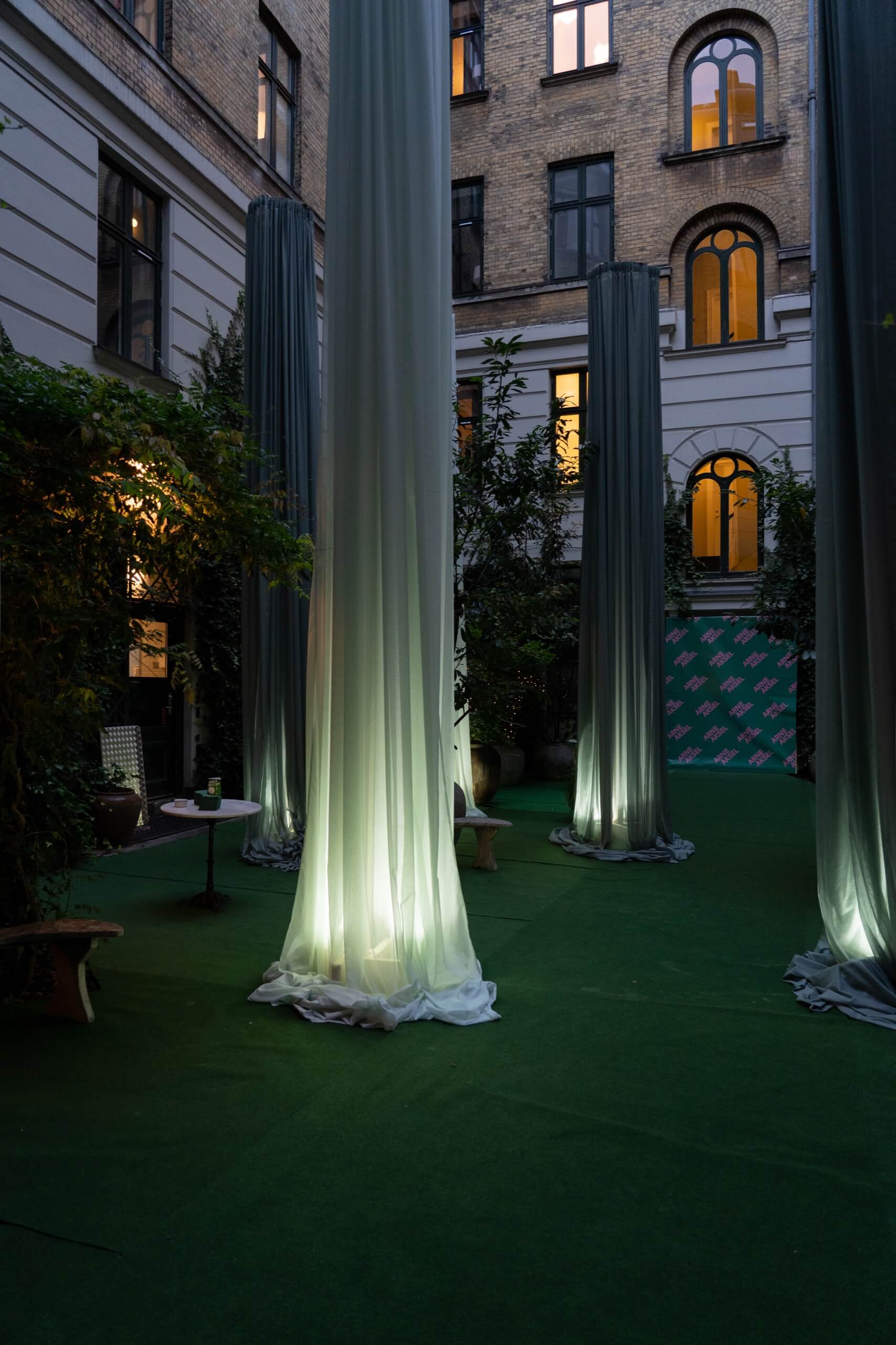 3 Days of Design is an annual festival in Copenhagen where global talents showcase new concepts within design, lifestyle, furniture, lighting, and interior design. The intense weekend has just come to an end and brought new energy to a community who was much in need of fresh ideas, physical experiences, and most of all, fun.

On the night of the 16th of September, ARNE AKSEL invited press, influencers, business partners, and friends of the house to a cocktail party at the courtyard of Coco Hotel to engage with the experiential installation ‘Forest Bathing’.

‘Forest Bathing’ is a term that emerged out of the Japanese exercise of shinrin-yoku (“forest bathing” or “taking in the forest atmosphere”). The physiological and psychological practice is meant to both serve as an antidote to tech-driven burnout, but also to empower people to protect and engage with the country’s nature.

Despite its roots in the natural world, Forest Bathing can be as simple as experiencing any environment and consciously connecting with what’s around you. It is for this reason that ARNE AKSEL wanted to immerse their guests in a magical green universe where the courtyard of the Coco Hotel was filled with seven six-meter-tall textiles trees in AIR Sage and AIR Mint.

The textile trees served as the perfect backdrop to an unforgettable evening of delicious green spritzes, green canapés, and several of Arne’s closest friends sporting his specially designed green jumpsuits. The night continued at iconic nightclub Søpavillonen, where drag queen and friend of the house Ramona Macho gave the performance of a lifetime and helped everyone celebrate ARNE AKSEL’s amazing vision.